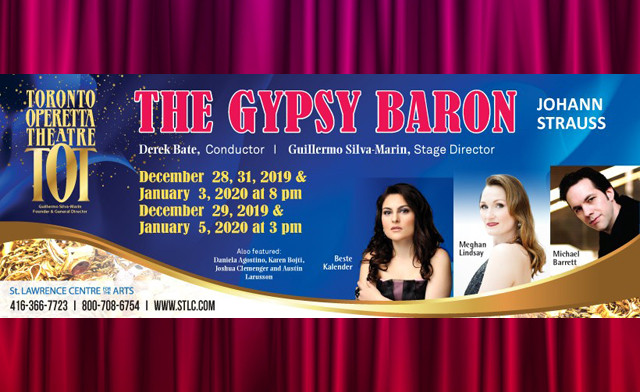 THE GYPSY BARON…The Waltz King, Johann Strauss’s riotous burst of melody, comedy and romance. Set in Hungary, The Gypsy Baron is the colourful story of  an impoverished land-owner and a gypsy girl who is revealed as the daughter of a Turkish Pasha, and the rightful owner of hidden treasure. It involves a fortune-telling Romany Queen, an absurdly self-important Mayor, a rascally Commissioner, a Military Governor, a band of gypsies and a troop of Hussars. Theatrically very effective and musically superb. Featured artists are Soprano Meghan Lindsay, Mezzo Beste Kalender and tenor Michael Barrett led by conductor Derek Bate.

This offer is brought to you by one of our partners. Please note that WagJag’s refund policy does not apply.